10 Messages All Sports Should Leave With Us

My hometown baseball team, the Kansas City Royals, surprised everyone last year when after decades of disappointing seasons, they made it all the way to the 7th game of the World Series. It was the kind of Cinderella story we love talking about with our kids and neighbors. This year, the Royals came back to write the next chapter – to take their crown via hard work, not a fairy godmother.

Let’s face it, professional sports give mixed messages about competition and team play. Some of it is the stuff fairy tales are made of, and some of it is worse. That’s why you’ll love this story. 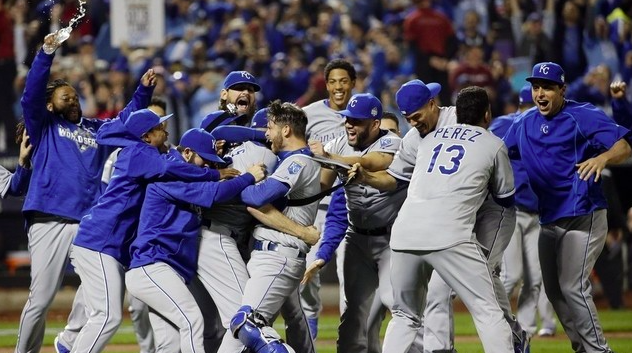 The Kansas City Royals are a lovable group of guys, respected by their fans and winning the hearts of the world. You will find references to “Royals brand baseball,” describing the scrappy, up-tempo, no-rock-stars way they play. Some say they are reinventing the game, some say they are taking it back to basics, everyone says they are easy to root for.

On the first Sunday night of November, the Royals won the fourth out of the first five games against the New York Mets to win the World Championship, a championship the team hasn’t won since 1985. The numbers of the game will have sports statisticians talking for years to come. But it is not the stats, but the messages of this baseball story that make it worth telling. Because they are precisely the messages that young people should be getting about sports.

1. Superstars don’t win games. But winning makes everyone a superstar. This year’s Royals are a team of hard-working baseball players who work as a complete unit. Many sports minds are predicting that this two-time World Series team will yield ZERO Hall-of-Famers, despite their dominance. The message is profound: what gets you a plaque might not get you a ring. And champion-caliber players don’t get to be champions all on their own.

2. Stick to the basics. The Royals are winning by doing what kids are taught in Little League: Putting the ball in play, running the bases well and hustling on defense. The Royals’ favorite mantra: “keep the line moving.”

3. Money doesn’t buy chemistry. With a budget that is a fraction of other major league teams, Kansas City couldn’t buy high-priced stars and skills, they had to grow them. Easier said than done, I’ll bet. But sharing locker rooms, busses – and, lets be real, bars – for as many years as the Royals kept their prospects, builds a bond that no first-round draft pick signing bonus can buy. And sure, with the World Series within reach, the Royals were smart enough to buy some pitching insurance named Johnny Cueto, but that’s what money’s for.

4. Never give up. Young Kansas City fans are puzzled when they see stadiums empty out in late innings on televised away games. For our Royals, that’s when the “late magic” begins. Comebacks in the 7th, 8th or 9th innings are no longer surprises, and extra innings are harder on the fans than they seem to be on the Royals.

In the brief World Series, the Royals stunned Mets fans when they turned around game 4 to get the lead in the 8th inning. Three games earlier, the Royals won the longest World Series game in history in the 14th inning. In the final game of the World Series, the Royals were down two runs in the 9th inning, and did not have a lead until the 12th inning, which began at midnight. They won 7 to 2. The Royals are the first team in history to win three games in which they trailed in the eighth inning or later. If the games had lasted only seven innings, the Mets would have won four of the five games, instead of the other way around. Never give up.

5. If the odds are stacked against you, make new odds. If the Royals believed statistics, they would not be here. Google “Royals defy statistics,” and settle in for some good reading.

6. Great teammates trust out loud. It takes courage to go on the record. Especially when sports reporters ask questions designed to stir up drama and document doubt. The Royals will have none of it. I loved catcher Salvador Perez’ answer to a post-game question asking whether he was surprised the Royals survived an against-the-odds inning: “I trust Wade. Always. Always I trust him. Any count, I always trust him.”

7. Pros play through pain. This team makes toughness look human. Arguably the most banged up Royals player, catcher Salvador Perez, gets hit with balls, bats and stumbling ball players, and he gets back to work, usually with a smile. There is probably no day when Salvy doesn’t hurt. But this autumn, if you talk about pain to this team, no one thinks of injured thumbs and ankles. Three young men have buried their parents in the past two months, one during this World Series. Who can imagine anything more painful than trying to make your dream come true knowing your mom or dad was just weeks or days from getting to see it. As much as these guys care about one another, this pain is a shared one.

8. Guests should feel like family. Everybody knows dreadlocked pitcher Johnny Cueto is a guest in the house. He is a free-agent traded in to help the Royals in the post season, and to clinch the World Series. And all agree, there’s little chance he will be back next year. But you can’t tell that from looking. The teammates who have been with the Royals for a decade treat him, and other new players, like long-lost brothers.
…

9. Games should be fun. Sure, they looked intense during the last few World Series games, but watching the Royals during the season is like watching your kids play in the back yard. They tease. They goof off. They play catch with fans. They dump Gatorade. Manager Ned Yost says fun is part of the winning recipe. “I want them to play every day like they’re 12 years old.” It works. Watching these guys makes kids want a bat and ball for Christmas.

10. The scoreboard doesn’t say everything. Sure, fans cared whether the Royals won the series, but this team had so fully won the hearts and respect of its fans, that many were celebrating before the scoring began. This Facebook post by Royals fan George Weyrauch before game two reflects a common sentiment: “When the world watches the Kansas City Royals play the Mets tonight in game two, you won’t see individual stars, you will see a family of men of character and high integrity that believe in and love each other and would bust their asses to help each other. To me, the Royals are already champions.”

It’s true. They were already champions to those of us who knew them, to those who heard the story as it was unfolding. But the winning of the World Series championship turned the “comeback kids” into the “Comeback Kings.” It provided the dramatic happy ending that assures the story of the 2015 Kansas City Royals will get told and retold.

Is it only me, or is the reprise of Camelot playing somewhere? 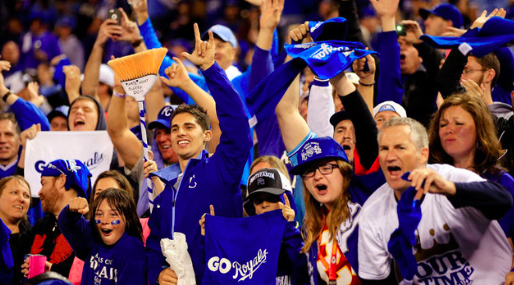 This article was posted in October, 2015, and also appeared in Huffington Post Sports

Becky Blades is a Kansas City sports fan, business strategist, writer and artist. She is author and illustrator of Do Your Laundry or Die Alone: Advice Your Mom Would Give if She Thought You Were Listening. The first edition was named a Best Books of 2014, and the second edition will be released by Sourcebooks on April 5, 2016.