5 Ways to Give Advice So Gen Next-ers Will Listen

Every generation worries that the one that comes next is going to end civilization. Parents and grandparents of teens and twenty-somethings today worry that “these kids” have the wrong values, no real skills or motivation and even fewer manners.

I take a gentler view. This generation is not lazy or spoiled or immoral. They are merely distracted through no fault of their own. They are bombarded with thousands of media messages every day, and constantly pulled by an artificial urgency, created by their devices and 24-hour access to one another. Friends, teachers, mass media, social media, pop media are all competing to influence their decisions.

With so many OTHER influences, it’s even more important that our launching young people hear from the RIGHT influences: the people who know and care for them. So rather than complain and write off the generation, WE must get better at OUR game.

Trying to correct a behavior or get a parenting point across to a young person? Here’s how to compete with the other voices.

1. Make it quick. No one is going to hang around for a long lecture that centers on them not being perfect – least of all a person whose entire biological motivation is to become independent.

Make the point and move on. Think Snapchat, not the New Yorker.

Besides being powerful, brief advice is easier to repeat. It’s better to use a 15-second commercial and run it 4 times than to force a 60-second ad, which likely will get used for a bathroom break.

2. Make it entertaining. We’re competing with YouTube videos and the Vine for fleeting attention. Use humor, art, special effects. When they’re laughing, they don’t realize they’ve learned something.

3. Get them talking. Often, the role of advice and counsel is to get someone thinking about a topic so they know where they stand on it. Nothing does this like a lively conversation. So throw out a zinger. Stir the pot. Be willing to be unpopular. Once, to get my kids talking about charity and social responsibility, I said “I won’t give money to people with cardboard signs. I think most of them are just pretending to be homeless.” That stirred things up.

4. Use flattery. Go ahead, be shameless. We all know it works: “You’re so pretty, inside and out. Too bad that wrinkled, linty dress distracts from your beauty.”

5. When all else fails, there’s no shame in resorting to threats and scare tactics. Since humans under a certain age fancy themselves immortal, threats of death and bodily harm don’t get much traction. Instead, I recommend threats of embarrassment or loss of mobile devices.

When my firstborn left for college, I sent her a long e-mail with a laundry list of advice. Dozens of things I had told her dozens of times were mixed in with awkward topics I couldn’t remember discussing. I used my own advice and made them quick and powerful, snarky and fun. When your kid is a thousand miles away and you cannot see the whites of her eyes, you have to be sure the message is received. So the subject line of the e-mail was not “. . . a few things to remember” or “I love you and I want you to be happy . . .” No. Those e-mails would have been lost between Starbucks ads and professor reminders. Instead, I filled the subject line with: “Do Your Laundry or You’ll Die Alone.” It was designed to grab her attention and be scary. It wasn’t threatening death, it was threatening far worse: loneliness.

I know, the time is fleeting and we want our kids to hear all the right things before the world gets them in its grip. But we can’t assume that saying something with authority means it will be heard. So whether you are on a mission to save civilization or to teach a young woman how to use a lint brush before she leaves for college, skip the long, loving lectures. Flattery and scare tactics may be the best back-to-school or graduation gift.

And here’s a little book to reinforce your efforts: Do Your Laundry or You’ll Die Alone. I’ve left room at the end for your own last-ditch words. 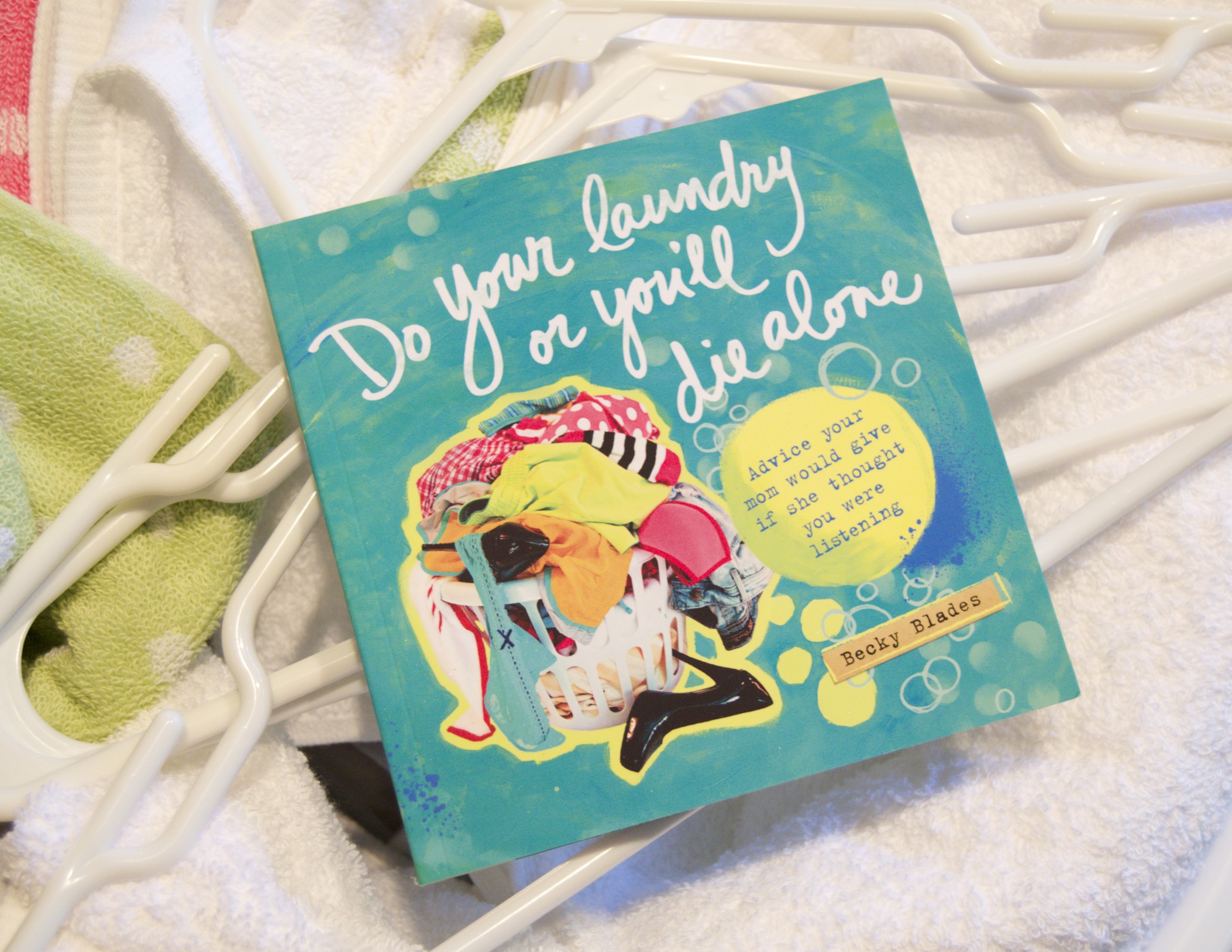