Home » ONE MOM SAYS » Launching is a Team Sport »

Launching is a Team Sport

We’ve turned “launch” into a powerful, multi-use word in the English language. It’s the word we use when we send a boat into the water, a rocket into the air, and a newly minted adult into the world. All big, scary things.

Sending a little boat from firm dry land into cold deep water, for example, is downright terrifying. Especially when you have given that little boat the best years of your life and she still can’t hang up her clothes or replace a roll of toilet paper.

When my firstborn was semi-launched – a sophomore in college – I made a scary little launch of a different kind. I published my first book. It’s an advice book called Do Your Laundry or You’ll Die Alone: Advice Your Mom Would Give if She Thought You Were Listening, which started as my morning journal entries. At my daughter’s insistence, I edited it into a snarky advice book to help other moms launch their daughters – by saying those naggy mom things we want to be sure our kids hear 3,457 times, when we know our time is running out.

It was my first book, and I initially self-published it, which means I also self-funded, self-marketed and self-panicked that it would never amount to anything. I did lots of deep breathing exercises that year, because at the same time, my youngest daughter was a senior in high school. 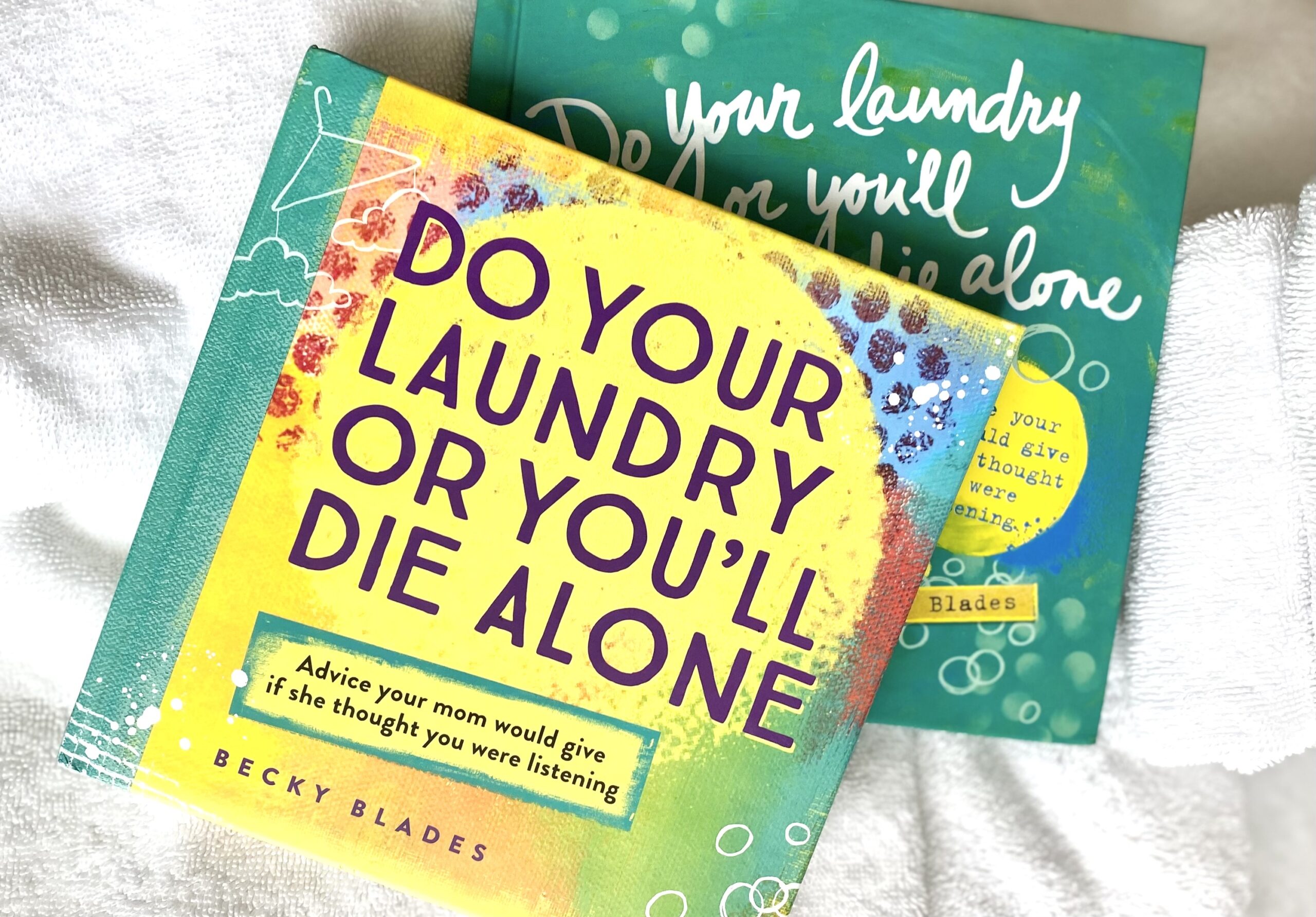 Do Your Laundry or You’ll Die Alone

Every day of that launching year was a push against gravity – pushing things up and away from me to survive on their own…things I loved…things I was proud of…things I had spent years giving my heart to. It was lonely, exhausting work. Luckily, winged reinforcements showed up. I called them my Fairy Blog Mothers.

A couple of weeks before the book was released, I began looking for bloggers to review it. I looked for people who were writing to people like me: parents with kids graduating high school, heading out on their own, or off to college. I expected to find dozens of bloggers and social media experts on the topic, but I found only one: a fresh young blog called Grown and Flown. The women writing it, Mary Dell Harrington and Lisa Heffernan, responded swiftly and excitedly to my request for a review – just the confidence boost a nervous new author needed.

As I e-chatted with Lisa and Mary Dell to get their book review posted, of course we talked about our kids. It turned out that all three of us had older kids in college and youngest kids early in high school – all the same age! Eventually…we got to the topic of where our older kids went to college, and Lisa and I discovered that, though I lived in Kansas City and she in New York, our kids were sophomores at the same Boston-area college – living in the SAME hallway in – wait for it – the SAME DORM.

Well, before you can say ‘our kids have never spoken, but we need to stay out of it,’ I knew I had found my people. Lisa and Mary Dell felt the same ache I did, knowing we were in the last months of parenting a child in our home. Our babies were mere months away from leaving and making us all empty nesters.

But Lisa and Mary Dell were holding it together better than I was. They were embracing those months in a way I envied. Looking back, I understand that it was because they were on a mission. They could already tell their blog was filling a void, and that people like us needed help. They recognized that this late stage of parenting was a NASA-level launching pad that required a whole new tool kit, and they had resolved to start it through their blog and social media.

And what a conversation they started! I’ll bet you’re part of it. On Grown&Flown.com, with heartfelt, vulnerable articles confessing their own struggles of letting go, they emboldened us. They nudged us to admit that, holy launching pad, Batman, this is HARD. We need Robin plus a super hero team on call 24/7.

Over the next few years, hundreds of thousands of subscribers, social media followers and members in an insanely engaged Facebook Group (you can join here ) added to the conversation and community.

In September, Lisa and Mary Dell launched a book to rave reviews: Grown & Flown: How to Support Your Teen, Stay Close as a Family, And Raise Independent Adults. For the community they built –– this book is just what we had been waiting for. To no one’s surprise, it’s topping the charts.

Lisa and Mary Dell were the best Fairy Blog Mothers a girl could ask for. Though they were busy building their blog, they took the time to direct and inspire me. When I did something stupid, I’d get a loving little flag, like “did you mean to tag your lawn care guy in that FB post?” It’s the online equivalent of ‘you have spinach in your teeth,’ and nobody does it more gently than Lisa and Mary Dell.

Grown & Flown’s cheering section has just the right voice for me, and for thousands of other parents. Lisa’s no-nonsense directness overlain with Mary Dell’s unconditional Texas kindness creates the ideal delivery system for sometimes hard-to-accept parenting insights. They know the topics we need to talk about and when to call in the experts. Most important, they know parents can’t really absorb advice on this emotional topic if we feel judged or talked down to.

This, I believe, is the secret of a loving launch. It’s preparation. It’s encouragement. It’s a push when we need it, knowing we have strong people on the shore rooting for us.

Let’s face it, some days launching new projects and people into the world feels profoundly beautiful and important, but mostly it feels like a bumbling attempt to launch one of those soda bottle rockets our kids made in 7th grade for science class.

We would never tell our kids to go it alone. We shouldn’t either.

by Becky Blades, Author of Do Your Laundry or You’ll Die Alone, and contributor to Huffington Post, Oprah.com, Scary Mommy, and Grown & Flown.