From the tenth row in the college theater, I saw it. As my daughter stepped to the front of the stage with her three fellow performers to belt out the stunning final chorus, something caught my eye.

Just to the right of her nose, my daughter’s right cheek was ever-so-slightly quivering. Four twitches later, like clockwork, the left cheek joined in. Then, bravely, her eyes widened, trying to ward off the blinks – but they came . . . two blinks, maybe three – before her eyes began to well with tears.

This emotion was not in the script, but I was not worried. I was the only person in the theater who knew what was about to happen. And I knew my girl could hold it off through the curtain call, when everyone would be crying with her. I knew. Because I am the mom.

Moms know. We know first. We don’t ALWAYS know EVERYTHING. But before anyone else, a mom knows . . .

Pick the age: 2 months, 5 years, 12 years. A mom knows the physical tells of a child about to melt down – when they are working themselves into the state that will only be completed by the full release of mucus and tears.

We know what makes them cry, and we know much more. We are heavy with the history of their childhood wounds and victories. Because their history is our own.

I noticed my daughter’s cheek quivering because I was having the same internal conversation she was. This was her final song in a college musical. In these nanoseconds, I flashed back to a moment on her bed her senior year in high school when she wept with disappointment that, due to a schedule conflict, she could not be in her senior high school musical. “This was going to be my last musical,” she had sobbed. “I’m not good enough to be in college musicals. I’ll NEVER get to sing on a stage again.”

When she teared up on the college stage that night, I shared the grieving and the gratitude that got her to this bittersweet moment. Moms know, because we are connected.

Experts say children tell their first lie at around age two. Those are the easy ones. Moms know the lie is coming faster than you can say: Who ate the frosting off the birthday cake?

As children get older, knowing when ours are lying to us – and to themselves – is one of parenting’s heaviest burdens. When it’s not irritating us or scaring us to death, it can be downright entertaining.

I asked mom friends the question: “How do you know when your kid is about to lie to you?” The answers ranged from “His lips start moving,” to “She looks over her shoulder, as if someone smarter than me is going to overhear her spin her tale.”

For older kids, it’s a little more sophisticated. We can tell from our children’s technology habits when the truth is at risk: A dead phone? I’m not buying it. Short, evasive text responses? Hmmmm. A message that is just a little too sweet and caring? Busted.

Research suggests that all kids lie. A lot. It is part of growing up, separating and disagreeing. When an argument with my teen daughter seemed to end early, I could tell she had quietly decided to disregard my boundries. Instead of listening to my reasons why she should not go to the wild friend’s party, her mind was working on how to disguise it as an overnight with another friend. (Seriously? You think we don’t see that one coming? We INVENTED that!) My daughter thought she won a round. But I was just choosing my battles. It was part of us both growing up.

People lie when they are pressed – for time, for options, for money. And a mom usually knows when her kid has run out of these. 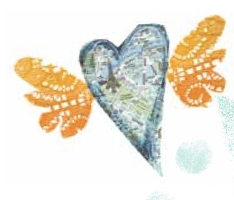 A mom knows when her child is ready to take off the training wings and bump her head on some clouds. Sometimes we resist this. Isn’t this at the core of the parenting challenge? Allowing, even pushing our kids to make life’s little launches?

In our heart of hearts, we know when it’s time. We know it because, even though we resist its pull, it is the reason we gave life to them – we brought them here to give them wings.

My daughter’s tears at her college performance were different than the tears of her high school grieving. But to me, they were similar harbingers. I knew she was struggling through a transition. She was preparing to let go . . . of college, a set of friends, a moment in time that cannot be revisited. At age 22, she has seen enough losses and changes that she knows their sting.

But as her mom, I know that should not hold her back. I know that the times ahead will quickly take her mind off what she is leaving. She may miss this stage and spotlight, but there will be more. The script might look less exciting, with things like getting a job, getting a first apartment, getting off the parents’ phone plan (please, dear God, please.) But moms know that putting on the wings of independence can be as exhilarating as belting your favorite song.

Motherly wisdom is a sweet, snarky conversation in the book: Do Your Laundry or You’ll Die Alone by Becky Blades. A great graduation or Mother’s Day gift.